Why do cats attack pregnant woman? 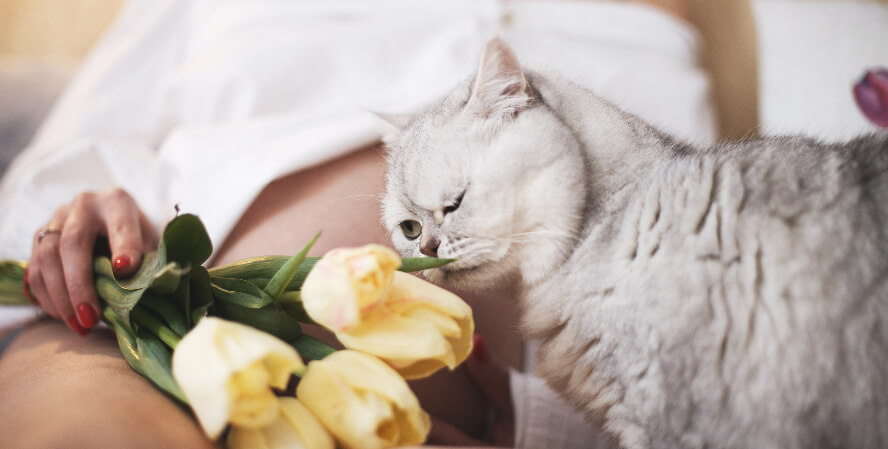 The cats are sensitive to change, and some become very protective of their expecting female owners, while others become anxious and aggressive.

The most common causes for cats to become aggressive when pregnant are listed below:

The fear of change is one of the reasons why cats are aggressive toward pregnant women. They are creatures of consistency and hate change. They can sense that something has changed and that their attention might be diminished while their human is pregnant.

If he doesn't receive the personal attention he's accustomed to receiving, he may shake things up - possibly literally. He might feel neglected, and he might feel angry. After all, he has been your faithful companion for so long, and now he feels snubbed

A cat's territorial aggression is usually directed toward another cat but can also be directed toward people. Any changes in their world could cause negative behavior. They may start to think that their role within the home is beginning to dwindle or that they are not getting enough attention.

Feeling like your beloved companion suddenly hates you during pregnancy isn't comforting to someone preparing to care for another tiny baby. You should see some improvement as soon as they are able to adjust to these new changes if you give them the time and space they need.

How long between worming and flea treatment for cats?
A kitten can get infected with worms through milk, and an adult cat can get infected
02 November 2022
Can cats eat croissants?
It's no secret that croissants are delicious, buttery, decadent, and enjoyed by every
03 November 2022
What can cause a cat to lose hair?
Are you noticing that your feline friend is becoming less furry? The shedding of thei
08 October 2022
How to read your cat's body language?
While cats can't speak, they can communicate through their body language. Everything
19 October 2022
What causes dandruff on cats?
A cat with dandruff has a dry, itchy, and flaky skin condition. The majority of cats
09 October 2022
Can you give cats Piriton?
Taking Piriton tablets for your cat is fine, however, giving him Piriton syrup contai
03 November 2022
How to keep cats warm in winter?
During the winter months, it's important to make sure your cat is warm and comfortabl
06 November 2022